The Thirty-First of October... 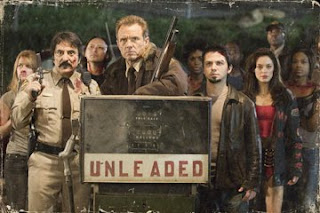 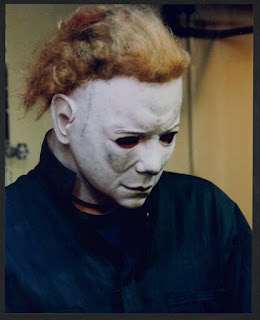 The legend known as Michael Myers may have gotten a tad out of hand in the years that followed 1978, but the original still kept with it an insane, unadulterated form of evil, unyet spoiled by sequeltitis and too much background. This Michael Myers was terrifying and brought forth an unstoppable killing machine who sticks to the shadows, still occasionally teasing his prey.
As this night draws to a close, I look back on it not regretting a single part. I may have spent it indoors watching a bunch of horror films when I could have been out socializing, but I found myself still enjoying it immensely. Those days are often preferred compared to the craziness of the rest of my weekend. So even though I may not be out asking strangers for candy while dressed up in a ghoulish costume, I still made my Halloween self-memorable and will probably continue by trend of watching more horror films.
So as this month draws to a close, I say thank you October for getting me in the mood for the season and raising my interest in horror films back to what it once was. I regained that spark which I thought was long lost and has truly proven to me that nothing is truly lost forever, it sometimes just takes a little time for it to pop back up.
Happy Halloween 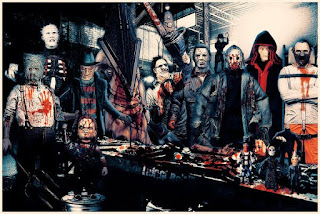 at October 31, 2010
Email ThisBlogThis!Share to TwitterShare to FacebookShare to Pinterest