Oh Television, What Happened To Thou? 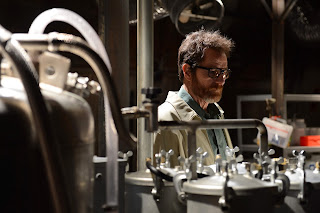 Breaking Bad.  Why must you leave me?  Perfect ending to the perfect show and now I'm left with a gaping metaphorical hole in my TV.  I feel like TV has peaked and there's no way it's going to be getting better.  The Walking Dead has struggled with quality issues since season one and it doesn't look to be improving.  And yet it's the highest rated show on cable.  I couldn't tell you why.  Good news is that Dexter ended so TV got a little less shittier overall.

Nowadays there just doesn't seem to be much good new TV ever.  I can't remember the last time I saw the preview for a new Fall show and got truly excited.  And you'd think a year that included the return to Television for Buffy vets Joss Whedon and Sarah Michelle Gellar, as well as Robin Williams, would be a little more impressive, but alas it's been dud after dud.  Here are some of the shows that I checked out this Fall Season, with few passing the test.

If you like Marvel's Agents of Shield then I commend you because you enjoy the simple things in life far more than I.  This show just isn't good.  You'd think that with Joss Whedon involved, this would be fun but no, it's not.  It's miscast and they try too hard to have a light tone, which clashes with what I want to see out of a S.H.I.E.L.D. TV show.  At least Coulson is awesome still, he's just in very lame situations.  And here we start the trend of bad heroines on Network TV this season.  Probably the most unlikable of the bunch, so much relies on this leads shoulders, yet she just comes off as bratty and stupid.  Maybe one day they'll remedy the situation, but I won't be around as a viewer.

Keeping with the "Modern updates to classic stories" trend that has been going on lately, Sleepy Hollow actually had a pretty solid pilot episode.  But there's one problem: This should be on cable.  It's too sleek and shiny and doesn't represent the content well.  There needs to be a layer of grain to add some atmosphere and that just doesn't happens on Fox.  Plus, it needs to be darker than it's allowed on Network TV.  But that's not what Fox is going for, and ultimately it makes for a weaker show.  And dear god, that lead.  She is absolutely atrocious.  I'm not sure how she actually made it through auditions.  I gave up on the show rather quickly mainly because of her.  Just further proof that so much is reliant on the lead. 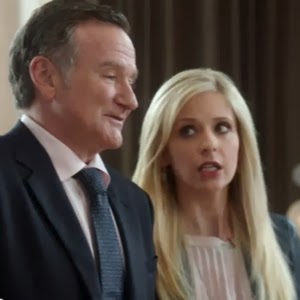 The Crazy Ones has some charming moments but it's just weak.  Every character is weak, the stories are pointless and there is really nothing ever at stake.  Oh you didn't get that big commercial?  Oh well, we have fifty other clients.  Gellar and Robin Williams are an intriguing pairing for Network TV, and it's really the only thing in the show that works, but unfortunately neither character on their own really makes an impact.  Every scene that they aren't in together is just filler.  And don't get me wrong, it's not always magic when the two are on the screen together.  They just have good chemistry but that doesn't save the writing.  And the side characters are just godawful.  They either need to make them more unique or axe them.  I vote the latter.

The Michael J Fox Show is good but unoriginal.  Unless it starts to break free and try something new, it's not going to have much longevity.  Which is unfortunate because both Fox and Betsy Brandt really kill it.  They just need to try and get away from the typical sitcom story-lines.  Dads was a complete waste of time.  Can't believe I made it through 4 episodes till I finally gave up.  I think that says a lot about my level of boredom at the time.

Really, the only new show that has held my interest is Comedy Central's At Midnight.  And that's a cheat because Chris Hardwick combined with comedians can not possibly be bad.  I didn't even know this show was on until a week after it started.  It just kind of happened out of nowhere.  There are few episodes I'd consider duds because they always get good comedians.  This is the kind of game show I can get behind.  Glad to see it's coming back in January but until then, On Demand it is.

Other than that, nothing else has held my interest for more than five minutes.  I kept wanting to try The Blacklist but it just looks too predictable.  Spader is great but I'm not sure I can get behind another show with a weak female lead.  What happened to the days of JJ Abrams and Joss Whedon writing strong female TV characters?  Now they just think "We'll just have this girl be passionate and question authority and that means she's strong."   No, you have to give her a purpose. 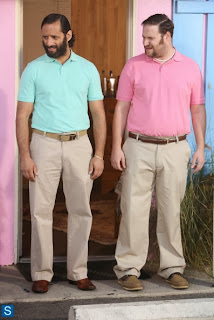 With all this said, I still watch The Crazy Ones and The Michael J Fox Show when I get a chance (and catch up with them on Demand when I don't).  I think that it's more due to my loyalty to the actors than the shows actually being good.  I'm sure I'll give up on them once my free time gets more limited.  Otherwise, I've stuck with staples like Modern Family, The League and It's Always Sunny to entertain me in the Fall.

Speaking of The League, that episode with Dirty Randy and Rafi may be the most polarizing episode of a comedy I've ever seen.  Didn't really enjoy it much during the first viewing but it really won me over after giving it another shot.  I think the problem it has to overcome is that Rafi is so over-the-top that without the normalcy of the gang to contrast his craziness, the humor doesn't come across as well.  It's there, you just can't view it as a regular episode of the series or else it most likely won't satisfy.

And what the hell happened to How I Met Your Mother?  It's amazing how much a show can drop in quality.  As soon as Ted and Robin romance was revisited for the umpteenth time, I was out.  They just can't seem to understand that it's been stretched beyond thin and the viewers are over it.  Oh well.  I'll tune back in around the finale.  Maybe they'll finally have their shit figured out.  Doubtful.

All I know is I really hope that Winter TV makes a little more of an impact with shows like Workaholics and Girls starting back up.  Then of course, a little later on Game of Thrones, which will be the greatest season of television ever.  And then 24 starts up with that miniseries which I'll watch for nostalgia's sake.  Wait, actually things could get pretty interesting on TV.  But notice all of this is going down on cable.  Network TV has yet to catch up with the times (although Hannibal will be a welcomed return) and it's really starting to show.  Thank god for stations like AMC, HBO, and FXX or else TV may be doomed.
at November 19, 2013
Email ThisBlogThis!Share to TwitterShare to FacebookShare to Pinterest