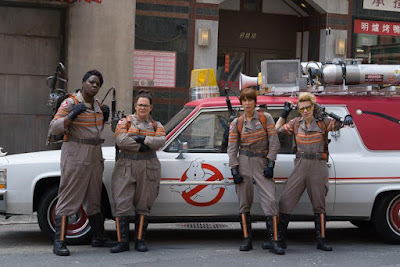 The new Ghostbusters. I don't really care what they do with the film itself. I like Wiig but think that McCarthy's schtick can get old when she's not subjugated to a bit role. And Feig is better suited without full creative control. But dammit if Kate McKinnon doesn't look fucking awesome in that picture. Seriously, so hot. That pose is enough to get me to go to the theater. And that hair. Why does she have to be a lesbian? I totally had a shot. In Narnia.

Terminator Genisys was awesome. I'm writing a full post for this (and most of it is already written which is the only reason I'd even mention it out of fear that it'd just disappear into the ether) but I figured I'd still hit the key points. Emilia Clarke and Jai Courtney are awesome as Connor and Reese and Arnold is finally back to top form. The action is spectacular and we have several awesome "Terminator" moments that have never been done in the series before.

I've seen more movies this summer than I have in years. It's been a refreshing reminder of why I go to the theater in the first place: to be transported. Usually it's ruined by some annoying teenager or crying child, but I've gotten better at ignoring it. Still wish there was an Alamo Drafthouse around here to avoid the bad stuff entirely. One day. 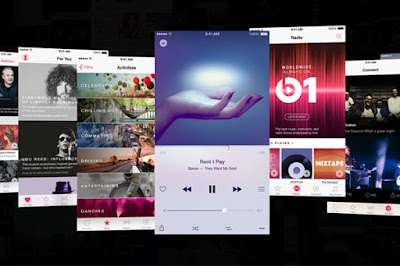 Pop music hurts my earballs. I did an article where I experimented with a bunch of pop music for Wolf in a Gorilla Suit. Ranged anywhere from Taylor Swift to Ariana Grande to Sia. It was an eye opening experience and provided for one of the most mentally exhausting days I can recall. Nothing about my person is accustomed to pop music anymore. Apple Music was what I ended up using to listen to everything, so at least it was all easy. Speaking of which…

Apple Music is pretty cool. It's really convenient and adds a lot of features that helps me find new music. The playlists could use a little work but having my entire music library available to me through the cloud (plus millions more) is pretty sweet. I just wish that I hadn't lost so much music when my computer crashed. Would have made it all the sweeter. Oh well. I'm not sure if I'll continue past the free trial due to budgetary reasons, but it certainly seems well worth the price tag.

I still haven't watched True Detective. And I'm talking about neither the first or second season. I've seen the first two episodes of the first and it was good, but I just can't get into it. Part may be attributed to the fact that it was one of the productions around when I was in New Orleans (a time that I greatly despised) so I unfairly associate it with that. Or it could just be another in the long line of dramas that I take forever to watch (see: The Wire) because they're so emotionally draining. Yeah, I'm going with that one.

Mad Max: Fury Road may be my favorite film of the year. It was unlike any action movie I've ever seen while still having a tight script that never drags during it's two hour runtime. Furiosa may be the best female character of the last 20 years. This generation was deeply in need of its own Ellen Ripley or Sarah Connor and Fury Road provided that. 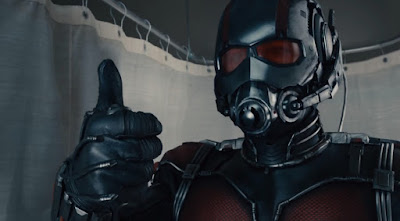 Ant Man was really good but… I couldn't help but think about Edgar Wright's version while watching it. There's just as a certain kinetic style that he brings to his films that this film was sorely missing. I could very well just be bias since Wright is one of my favorite director's (probably only behind David Fincher) but I really wish that we were able to get Wright's version instead of Reed's. Hell, the pure fact that Patrick Wilson would have been playing the step-dad instead of Bobby Canavale makes it worth it for me and that's just a very small reason. Oh well, another movie added to the list of "Oh shit, another Marvel movie is coming out, better binge all the others."

I read an issue of Wonder Woman for the first time. I didn't hate it nearly as much as I thought I would. In fact, I would say that I quite enjoyed everything going on with it. It all felt very reminiscent of an issue of Thor: God of Thunder (I think #13) and her costume was fucking badass. Unfortunately, I then read the next issue and every problem I ever had with the character was ever present: trying to put a feminist slant on her while still perpetuating sexist stereotypes.  Just not my cup o tea.