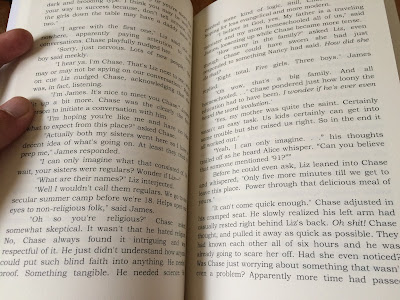 Ever since the release of the book I've been bombarded with questions of all shapes and sizes. In an effort to make it easier on both myself and those seeking answers, I've compiled a list of some of the most commonly asked questions regarding "The Crimson Summer."

I will be following up next week with one that answers all of the spoilery questions.

Where are the zombies?

This has repeatedly made me laugh because I didn't think that I had left the story such a mystery that people would even consider this a possibility. Unfortunately for zombie lovers though, www.zombievictim.com is simply the name of this here website and an online pseudonym I've had for over twelve years. Websites are usually included on the back of books, so I included my own without even thinking of what people would imply about the book's story. I doubt I will ever do a zombie story (the genre just doesn't interest me these days) so I hope I didn't disappoint anyone who got their hopes up.

Did you write yourself into any of the characters?

I get this question a lot because people close to me appear to see me in multiple characters which has been a little surprising. I was very conscious of how I made each character and how they acted/reacted to the world. Some were based on common Slasher tropes and others were an assembly of various personalities but none of the characters are based on anyone in my life nor myself. This has been a little bit of a difficult process in that many reader's have attributed some of the character's actions with my own line of thinking which couldn't be the furthest from the truth. So please don't attribute anything that my characters say/do with myself. I'm a writer. I make things up.

Funnily enough, if you had a gun to my head and asked which character was most similar to myself then I'd probably say Marion--a person no one has guessed as such. But, of course, she's a much more caring and empathetic person than me. She'd likely go on to do some noble cause like being a teacher. So even the character I consider most like me, is still far and away from myself.

Why a "Summer Camp Slasher" for your first book?

I needed something "simple" to write as I was already going to have enough challenges, given that it was my first book. There's no genre I know better than horror and, after having stayed away from the sub-genre for so long, I decided to go in full-stop. I've always felt that "Summer Camp Slashers" never really took advantage of the location. When I was a kid, prior to having seen the Friday the 13th films but still knowing of the character of Jason Voorhees, I would come up with these elaborate scenarios that never really came to pass once I saw the films. So Crimson Summer is my attempt to rectify that.

As far as what I mean by "simple to write", I mean that it had an easy to follow structure, that I knew like the back of my hand, and have a completed book on my hands. I didn't want to just write something and have a hundred thousand word convoluted mess. And a "slasher book" is something that doesn't really get written but I knew on name alone, people would know what it was about. The only trope I really deviated from was an opening kill, which I'll get into in the next post.

It certainly wasn't easy but the process itself isn't too hard as long as you put in the work. Just getting a completed first draft of a book is hard enough but then going through it over and over can be enragingly tough. Self-publishing means you have to go through the book with more a fine tooth comb than ever thought possible. I've read The Crimson Summer upwards of fifty times, once all drafts have been accounted for. This is actually the reason I still haven't read the print version of the book. I read the kindle version prior to launch for a last minute spelling/grammatical check but I haven't read more than a few passages of the print version yet. I plan to do that once work starts on a sequel and I need a refresh on the characters. But as of yet, nothing because I had to labor over it for so ridiculously long. There are spelling/grammatical errors in the book, I'm sure but, after having an editor and several people readthrough it before release, I'm okay with a couple mistakes slipping through the cracks. It's only natural.

Who is your favorite character?

At first, I thought that either Chase or Louie would be my favorite characters but as I wrote them, I got further away from what they were originally intended as. So Marion became my favorite character early on because of her drive. While she's wanting to provide these kids with a great summer, she also treats her Head Counselor position as simply a job. She doesn't do everything perfect and is the person so many other's lean on for support. Nearly everyone comes to Marion for help because they know she can handle it. It's hard not to like someone like that.

I'm currently writing a horror/adventure story written from the first-person perspective. I've been writing it for about a month and a half and it's been going great. It's called Lies Our Family Tell Us and it's the most excited I've ever been writing a story. I'm finally able to go wild with my imagination and really do something that I've wanted since I was a kid: create my own unique world. There are creatures, there's fucked up shit happening, but ultimately its one characters journey to reach their full potential. I think that's something we can all relate to.

Stay tuned next week for the spoiler-filled portion of the Q&A.

Have a question that wasn't answered here? Email me at tylernicholswrites@gmail.com or leave a comment below!
at August 19, 2016
Email ThisBlogThis!Share to TwitterShare to FacebookShare to Pinterest