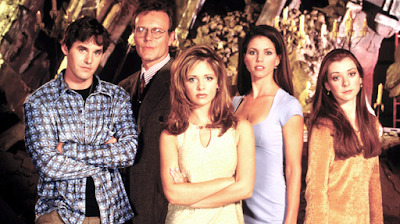 I haven't done one of these in a while so I guess it's just a check up.

I discovered the local pawn shop has incredible deals on brand new/near mint BluRays so I've been able to up my collection without spending very much money, so that's been awesome, I think, since starting work at UPS, I've added about 80 movies to my BluRay collection all for about $300 (which is absolutely incredible as far as deals go). It's to the point where I have almost everything I'd want (will be even moreso once I get my DVD's back from Michigan).

This has definitely been one of the most disappointing years for the Oscars that I can ever remember. One of the only films I had any interest in, La La Land, ended up being a self-indulgent mess. I feel like it's closer to Southland Tales than anything. What makes it even more polarizing is that the performances themselves are good, the film itself is just all over the place. I'm 26 and have no connection with this type of film they're portraying from the old Hollywood of the 30's. I don't enjoy musicals and can't stand self-indulgence in movies. Here's hoping Manchester By The Sea and Moonlight is better.

I purchased a new car and I absolutely love her (yes, I refer to my car as a girl like a Greaser from the 50's). Names are important to me so when I have an epiphany over one, it's hard not to go with it, which was precisely what happened when the name Buffy came up for the Mazda. I kept wanting to associate the color blue with some fictional character with importance to my life and there's no one bigger than Buffy for this Joss-ephile. The photo above is the one that kept entering my head and it couldn't have been a more perfect match. She's a 2010 Mazda3 and absolutely the biggest purchase I've ever made. It was really scary going into the process but I love driving her so much that I can't imagine having any other car. It will be hard to get rid of Reni (my faithful Dodge Neon) but I'm glad I have a good car to get me through my late 20's, early 30's.

UFC 208 was a complete mess. As great as it is to have events being held in New York, the commission continues to fuck up. If you're even a little bit of an MMA fan, then you've probably heard about the first ever Women's Featherweight title fight that took place. Unfortunately, the winner of the event, Germaine de Randamie, cheated in order to win the title. She, not one but TWICE, hit Holly Holm after the bell, both of which were big shots.

I've finally started utilizing the local library and it's been an absolute goldmine. I've picked up several graphics novels and have taken advantage of that Bluray collection to see some things I've missed and some things I haven't seen in a while. It's taken me back and has been a good step away from the usual streaming services. I'm sure physical media will eventually die out but I'll enjoy it for the time that it's still around.

Speaking of movies I never would have watched otherwise, Unfriended was better than I ever expected it to be. It makes sense to me as to why this wouldn't appeal to very many as the entire film is viewed through a computer screen. That can be a tad discombobulating but after a little bit, I got used to it. I enjoyed the Modern Family episode that utilized the technique. But also where it fails is by taking an interesting concept and cheapening it in a lot of ways. Rather than being subtle and brilliant, with commentary on cyber-bullying, it takes the shock approach (ie. curling iron down the throat, hand in a blender). The acting is better than I expected it to be, especially given the content, and it makes me wonder if the marketing for this couldn't have resulted in a better turnout (I know it was a "success" but it's Blumhouse so it doesn't take much for that considering their super low budgets).
at February 14, 2017
Email ThisBlogThis!Share to TwitterShare to FacebookShare to Pinterest