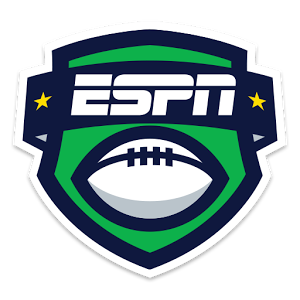 We are one day away from the first Sunday of the NFL Season and I for one couldn't be more excited. Is it because I'm a Patriots fan coming off a big Super Bowl win? Is it because I can't wait for Tom Brady to prove all the haters wrong? Is it because I may finally get to see the Lions make it a little ways into the playoffs? While all of those things have a degree of truth to them, nothing is more important during football season nowadays than Fantasy Football.

That's right, Faux Football. Something that doesn't have any kind of athletic merit and is mostly based on luck given inconsistency. But it's still something that has been sweeping the nation and become a multi-billion dollar industry. Hell, during Thursday Night Kickoff, there were more Fantasy Football references in one broadcast than the entire previous season. It's here and it's here to stay.

I'm playing Fantasy Football for the fourth year in a row and I could not be more excited. After four years we finally have a good group of people that want to actually be in the league. After spending so much time with people that had to be coerced and then quit halfway through the season, we have eight people that are actually paying dues and competing for our championship. It's exciting.

I'm such a competitive person that I can't help but latch onto something that carries with it some modicum of competition. While Fantasy is a little more luck based than I'd like, it still scratches that competitive itch. And now that I'm the returning champ? Forget about any sense of common decency amongst friends, it's an all out war.

But honestly I don't really have to worry. My team is scary good this year. My starting lineup consists of Tom Brady, Eddie Lacy, Adrian Peterson, AJ Green, Julio Jones, Frank Gore, and Stephen Gostkowski with a bench that would be starters in any other league. It's kind of unfair even, especially given that this is a pay league. But that's just the way the chips fell. And it's going to make the football season that much more fun.

See, the most appealing part of Fantasy Football is that you are no longer just invested in your favorite team, there are teams all across the league you care about -- or at least players. Watching football all day on Sunday remains exciting throughout, as I have my team so spread out. Even my bench players, I want them to do well, so I'm paying closer attention to those as well.

Fantasy Football has done the impossible and made football more fun.
at September 12, 2015
Email ThisBlogThis!Share to TwitterShare to FacebookShare to Pinterest