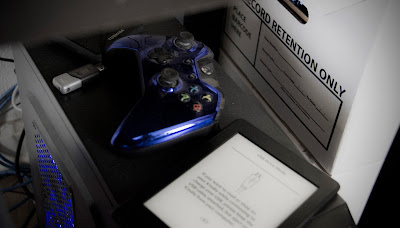 "Dope" was fantastic but has a weird message. So am I supposed to come away from that movie thinking that it's okay to sling dope as long as a bad guy gets punished? I really enjoyed the movie but that part just seemed odd. Also, the lesbian friend was established as a lesbian with a short schpeal at the beginning and then there's no other enforcement of it. Even when there's a gorgeous naked girl swimming right near her. Made it seem like that wasn't a merit-based decision.

Is this the beginning of "Deadpool" mania? Not that I'd mind as I've always been a big fan of the character but also hope that it doesn't suddenly lose its appeal by the sequel just because Hollywood has run the "fourth-wallbreaking wisecracker" into the ground by its release. Either way, I'm glad we finally got the "Deadpool" movie we deserved.

I want to go to Adult Summer Camp. And no, I don't mean some kind of kinky camp where grown-ups fack. I found out there's horror summer camps that put you through a full Friday the 13th experience and that just sounds awesome. I need that in my life at some point otherwise it may just not be complete. After going through the process of Crimson Summer for so long, going to a camp seems like both an awesome time, and extremely exhausting.

I'm terrible at keeping in touch. I'm not sure what it is, but I can never seem to maintain contact with people for long. It's always in spurts. And anytime that someone contacts me that I haven't talked to in a while, I end up having nothing really to say and don't try to contact the person after. It's not that I don't like them, because if I didn't, then I wouldn't respond in the first place. I'm just really bad about communication. Apologies to those that have to put up with it. I'm working on it.

"Batman v Superman" looks terrible. I know that's not an unpopular opinion but I just had to get that out there. I consider myself to be a huge geek and the fact that there's a movie out where Batman and Superman duke it out and I have no interest in it, tells you a lot about the state of the film. It's not helping that every person I know that's seen it has said it's disappointing to bad. I'm glad that Affleck has been the sole bright spot, as I've found his casting intriguing since day one. Still, I'll be waiting on the Bluray until I form an opinion on the film itself.

I'm excited for "Ready Player One." I just started reading the book late last week and it's like someone made a book just for me. It's everything I could possibly want from a book, while also providing a tremendous insight into how to manage a first person narrative with a younger character (something that my next book deals with). I can easily see the movie version being the biggest movie of the year of its release. That's how in tough with the times and absolutely riveting it is.

We're almost exactly one month away! I can't believe that it's finally almost here. I'm sure I've said that many, many times before but it doesn't make it any less true. I can't wait to get a finished copy of the book in my hands. There's still a lot of work to do in terms of marketing though. I'm planning on creating a trailer and other promotional materials next weekend, with the facebook page coming shortly after. I'll also be redesigning a portion of my site for the book release. My editor is supposed to give me the final copy on April 11th, but I'm worried the date won't be reached. In an effort to avoid a late printing, I'm only guaranteeing the digital version by the release date. There's a million things that can go wrong, and my time will be short in getting it from my editor, to the publisher. So if anything were to go wrong, the print version will be the one delayed. But regardless, the kindle edition will release on April 29th, 2016. Wait, is that the first time I've officially announced the release date? I guess so...
at March 27, 2016
Email ThisBlogThis!Share to TwitterShare to FacebookShare to Pinterest