The Prince of Passion

Warning: Apologies if this article offends anyone given the freshness of Prince's death. It's a simple light-hearted opinion meant for laughs. Thanks for reading. 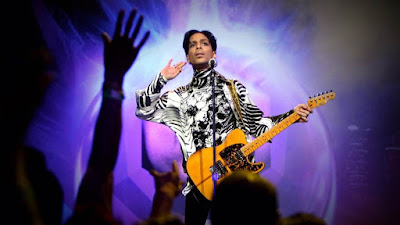 The music world lost an absolute legend last week and I'm just a twenty-five-year-old who is trying to figure out the significance. Death is never easy. It doesn't matter who it comes to, there is always a layer of sympathy that surrounds them. This has been something that has really bothered me, as I've seen some very shitty people suddenly martyred and turned into a wonderful person, post-death by mourners. So I'm often met with a little bit of trepidation when someone dies, and the entire world is singing their praise. I mean, just look at Michael Jackson, who was suddenly thrust back to legend status after years of just being the "King of Pedo." So, when it comes to Prince and all the wonderful things I've heard about him in recent days, I'm left wondering if he deserves it. And I mean that in the least disrespectful way possible. I am simply saying that, as an ignorant music listener, it wouldn't feel genuine for me to sing his praises just because everyone else is.

Because, like Michael Jackson before him, I can't really say that I "get" Prince. Sure, I understand that there's a large number of people that enjoy his name and I can easily identify his signature sound even without having listened to an entire CD of his. But if someone were to ask me what makes Prince a legend, I would be completely stumped. I'm not sure of his significance outside of the "Batman" soundtrack and "Purple Rain."

So I finally decided to give Prince a listen. More specifically, I decided to finally listen to his opus "Purple Rain." To say my expectations for the album have been through the roof is a bit of an understatement. I've heard nothing but incredible things about this CD since I was a kid but never really listened to it fully. Now that I have I must say... I sorta get it?

The type of music that Prince makes isn't really in line with my own musical tastes but there are moments where I was able to get lost in it. So trying to look at it from the perspective of someone that loves poppy music, I can see the appeal in his hooks and his voice is unlike anything I've ever heard before (in terms of it being unique, I wouldn't exactly call it powerful) but only one thing really cut through in its message: This album was meant to be your own personal sex soundtrack.

I'd always heard people refer to Prince as "pure sex" but I didn't really get it. He just looked like a very feminine guy who would sometimes hump his guitar. That was all I really got from his outward image without having listened to his music (apart of "Batman", of course). I didn't realize that 90% of my friends had likely been conceived to music by Prince.

Which is finally what made me "get" Prince. The connection that all of these people have with the man and his music is something so deep because it's often so associated with sex. Any of my friends over the age of 30 hold Prince in such high regard, while those under never really seem to care/know of his music. The connection with Prince isn't just a connection with some flamboyant guy who liked to dress in extravagant outfits, it's a connection with the first time they had sex in the back of their Buick Skylark. The part in Purple Rain where they remember their parents opening the door to the basement and having to put their clothes back on as quickly as possible. The virginity that they could just never seem to lose until the accompaniment by Prince finally brought all of the pieces together.

The music is one thing, but the connection that it has with our own personal events is what makes it live on forever. Prince is  fortunate to have his music be associated with some of the best times of a person's life: in the midst of throes of passion. While the time may have passed for my own deep connection with Prince's music, I can still appreciate the fact that many of my friends wouldn't be around if it weren't for his "sex in a CD" approach.

Thanks for all the unplanned pregnancies, Prince.
at April 29, 2016
Email ThisBlogThis!Share to TwitterShare to FacebookShare to Pinterest