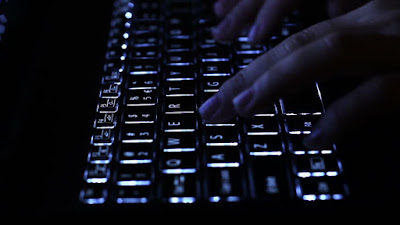 Writing is really tough. I've really taken a crash course in the difficulties of trying to make a living with my writing and struggle with it often. It's been... challenging to say the least. There's a lot of factors that come into it and I'm not entirely sure which one it is that causes the most resistance. It sucks that there's not a lot of money in writing these days but being rich isn't exactly the end goal.

I worked for a pop culture website for over a year and it made me realize that, just because I'm writing, doesn't mean it's going to be good writing. The clickbait headlines, top 5/10 lists, and countless fun ideas turned down/sterilized had made me completely cynical towards writing and that kind of critique. I hated going after what was deemed popular. That was never my style. I want to write about things I'm interested in and, if those things are popular, then great. It's a big reason why I've gotten away from full fledged movie reviews. I want to write things that help me express myself, that help get me out of any box.

Fast forward to today. I'm writing my second book yet I still don't really feel like a writer. I'm getting royalties from my first book but, as anyone who's self-published will tell you, those aren't the most reliable. I work a part time job in order to make ends meet while I still try to launch my writing career fully. But it's tough. I have to keep reminding myself that 26 is young and that I have a lot of time ahead of me but that doesn't make it easier.

One of my biggest issues these days is comparing myself with others my age. I see a lot of people going to Europe, living in big cities going out every night, or the other side of the coin of getting married, making babies, and buying houses. And I'm in a similar spot to one that I've always been: barely self-sufficient, too poor to do much in the way of extracurricular activities, and writing. I don't have cool photos to post about the extravagant places I've been nor do have the money to show off my latest massive purchase.

I would consider success for writing and that is to sustain my life with just writing. That's it. No extra jobs needed. No massive surplus that allows me a massive house and country club membership. Just a decent living. Will that even be feasible in this day and age? I'm not sure but when I accomplish it, I can guarantee it'll be the best day of my life. I don't need to compare myself to others because I'm not on the same track that they are. If I were, I'd be doing what they were. I had my chance at all of that and I chose writing. Just because it takes a little longer to get things going, doesn't mean it's not worth it. If it were easy, everyone would do it.

I just have to keep reminding myself that.
at July 04, 2017
Email ThisBlogThis!Share to TwitterShare to FacebookShare to Pinterest