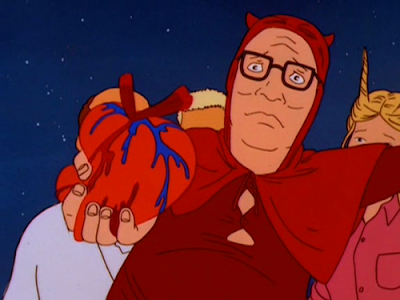 “Halloween Kills” was a bit of a mixed bag. I loved it yet can definitely see the flaws. With the 2018 film, I legitimately could only see one criticism: the new Loomis. Everything else was perfect and I will fight you to the death if you disagree (heh). But I can definitely see the problems people would have with "Kills." The dialogue can be a little on nose. There are a ton of unlikeable characters (though I think that's the intent, going for the mob outrage angle). And it definitely seems to be going for a high body count for the sake of living up to the namesake. But I really loved how fun it was. I'd still rank it as the best in the series behind the original and 2018, so really, can I say I'm that disappointed?
at October 18, 2021
Email ThisBlogThis!Share to TwitterShare to FacebookShare to Pinterest