Here we are again.  The end of April, right before the onslaught of 'Summer Movie Season'.  Friday, The Amazing Spider-man 2 swings into theaters to kick it all off and I could not be more excited.  Sure, this summer could be a disappointment like last year or it could be amazing like the summer of the Avengers.  I'm going to choose to view it half glass full since, well, what do I really have to lose by being optimistic?

The Amazing Spider-man 2 has potential to be the best movie of the summer or the worst.  After the first one, it really seems like Marc Webb has a good grasp on things but then again I thought the same about Raimi and look at Spider-man 3.  And that main problem with that was adding too many villains.  Okay, maybe that wasn't the MAIN problem (story, that goes to you) but it was still a pretty terribly handled aspect.  So adding Electro, Green Goblin, Rhino, and references to several others doesn't seem like a terribly great idea.  But I'm gonna go ahead and say that Webb is able to handle it because truthfully, with the Spidey Cinematic Universe expanding so much, I think this is just a starting off point for them.  Does anyone remember how many references there were in the first one?  But again, hopefully that's all they are, references. 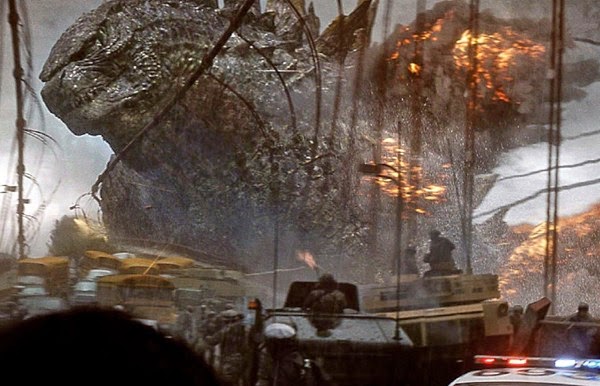 Okay, how badass does Godzilla look?  Seriously, how fucking awesome does this film look?  I remember seeing the trailer in theaters for the first time and some older person, as soon as the trailer ended, turned to his wife and went "Holy shit, now that's Godzilla."  Which is exactly the point.  THAT is Godzilla.  THAT is the creature Hollywood just has never been able to get right and with Gareth Edwards at the helm, it looks like they just may.  Plus, that cast.  Aaron Taylor-Johnson, Elizabeth Olsen, Ken Watanabe and Bryan Cranston.  BRYAN CRANSTON!  Walter White is yelling about Godzilla.  Take that Japan.

I'm really excited for 22 Jump Street since the first already broke out of its predetermined shell and became a genuinely good comedy.  Sure, there's always a chance that they don't succeed but I'm going to trust the success wave that Jonah Hill has been riding on.  The man apparently only reads good scripts or scripts that his friends wrote.  Usually both.  Unfortunately Teenage Mutant Ninja Turtles comes out this summer and *yaaawwnn*  Oh sorry, I just can't seem to care about this movie.  I was pumped for it and then the trailer came out and I liked it because of Fichtner's voiceover.  But every time I saw since, it has just gotten worse and worse.  The faces really bother me.  I know they're not a problem for some but I can't get over them.  They make the Turtles look like deformed humans, not turtles.  So they literally fucked up the ONLY thing no one expected them to fuck up.  That's what we get for assuming Bay would just keep to the original designs.

X-Men: Days of Future Past is a movie that really excited me around the time that they were filming it but now I just don't care.  The trailers make it look/feel like X3 which is not a good thing.  And why so much footage of the original cast?  I'm hoping the majority of what's been shown is the beginning of the film so that we don't have to spend too much time with Halle Berry or Shawn Ashmore.  But then again, I just have to remember that Jennifer Lawrence is involved so really, how bad can it be?  Oh right, this is from the same guy that made Jack the Giant Slayer and Valkyrie.  Dammit, please be good! 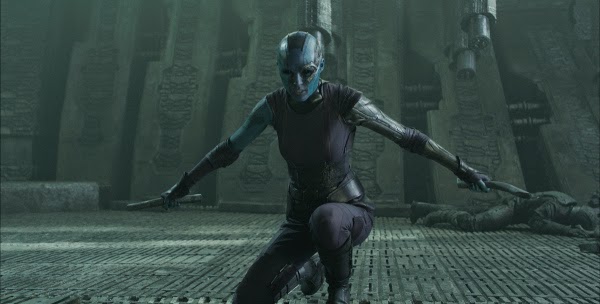 If I had to pick one movie out all every summer movie to see, it would be Guardians of the Galaxy.  My excitement for this film is unparalleled.  The wit, the sarcasm, the... well everything humor based in the movie is absolutely up my alley.  And I've been saying this for ages but prepare yourself for Rocket Raccoon.  You will begin seeing that face everywhere for years to come.  I'm also pumped to see Chris Pratt get his due on the big screen.  Between this and Jurassic World in 2015, I can't imagine him becoming anything but a household name.  Way to go Andy!

So in September 2014, no matter whether or not we're looking at the previous few months as the greatest in summer movie history, at least go out and enjoy the movies.  In the day and age of the internet, too many of my friends just download movies and watch them on their small computer screens in artifact-y digital format.  But nothing beats going to a movie and having the screen fill your entire field of vision, with a beautiful 5K projector making everything look seamless.  You owe to yourself.  This blog brought to you by theater owners everywhere.

But seriously, go to the movies this summer.