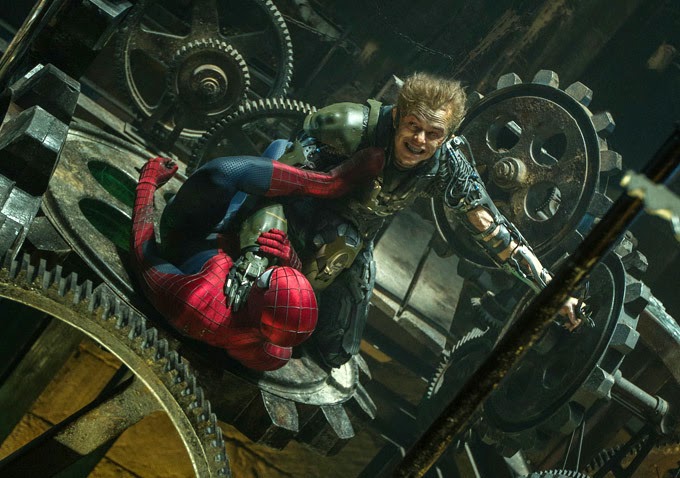 This was originally going to be a review of The Amazing Spiderman 2.  Now I'll just call it "Dane Dehaan is the Man (and Spiderman is there too).  Seriously.  Dane Dehaan.  He needs to be cast in every movie from here on out.  The guy absolutely steals every scene he is in and brings a gravitas to the role that it feels so established in the world, even though he's not introduced until like 30 minutes in.  And the arc his character goes through is one of the most natural and evolving I've seen in film.  It's amazing to think that the entire movie wasn't about him because, leaving the theater, that was all I could think about and all I could hear from those around me.  He stole the movie.  If he's not somehow in the third one, I'm breaking legs. 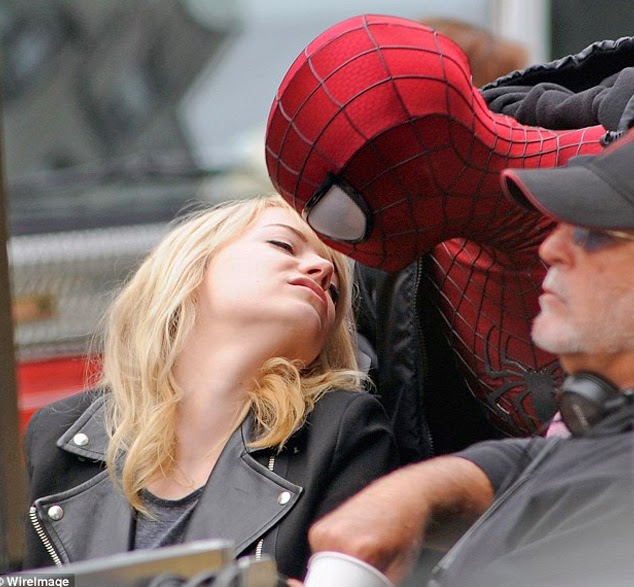 Okay, I guess I should talk about the actual movie now.  Now I tend to be rather critical of movies I'm looking forward to just because I subconsciously build them up to unreachable expectations but truthfully I didn't really care about it being perfect.  I just wanted a good Spider-man movie and that's exactly what I got.  Every scene that the wall crawler is in, it feels like the Spider-man from the comics.  Everything he says, the way he moves, it's what you picture when reading the comics and something the Raimi movies never got quite right.  The way they spotlight his specific senses shows us just how good our hero is at his job.

Do I even need to say this?  Obviously Peter and Gwen are incredible together since Garfield and Stone are a real life couple so their chemistry is off the charts.  Makes for several scenes that really leave a mark since the dialogue comes off as so natural.  I'm sure some of my favorite lines were improv because of just how natural they were.  Then again, maybe Stone and Garfield are just really good actors.  Or something.  Also, thank you for just having them take realistic relationship photos for Peter to look at and not some photoshopped monstrosity.  Much appreciated.

I think the story is a little bit of a mess, given that it featured soooooo much.  I could have done without the entire opening scene but hey, I guess it makes the payoff later much more refreshing.  But the best part is that they really treat it like Spider-man is constantly fighting and he's already been through plenty of struggles, which we see part of, but more so than the Raimi films where it was all a contained period of time.  This movie has months go by in seconds, which is very uncommon for a comic book movie, although I could be wrong. 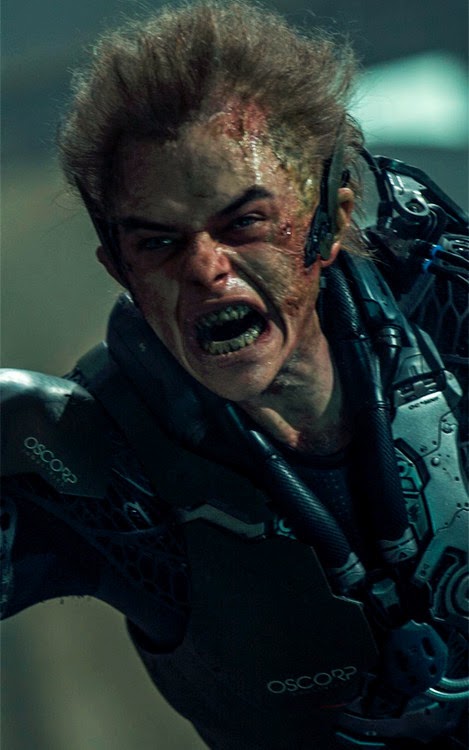 This review has been kinda all over the place hasn't it?  Yeah, perfect allegory for this movie.  I think that it's an organized chaos, but it's chaos nonetheless.  We're jumping from storyline to storyline, villain to villain so much that I'm curious if the casual viewer can keep up.  I'm sure the third film will feature a lot bigger payoffs than we've received so far, so I guess there's always that to look forward to.  I'm just hoping that Webb can allow the story to play out naturally and not try to cram so much into a film.  This film just felt like he wanted to do so much and make sure to contain it to three films so that he had Garfield for it which admittedly most directors would do when given the talent that Garfield has.  Either way, I was a happy camper at the end (Outside of that terrible credit music.  What the hell Pharrell.  Absolutely garbage.)  Anywayyyyyyy, I'd recommend it but just don't expect a masterpiece, expect... well, expect a Spider-man movie.

Oh yeah, and did I mention Dane Dehaan?
at May 01, 2014
Email ThisBlogThis!Share to TwitterShare to FacebookShare to Pinterest