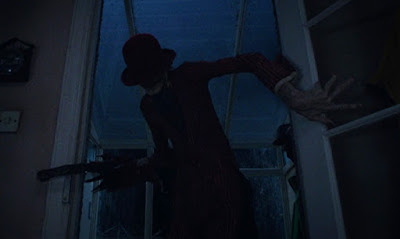 2016 has sucked in a lot of ways. It seemed like every other day something shitty was happening in some form or another. But with all of its suckiness, one aspect that didn't take a hit was the entertainment. So here we go, I'm going to be going through the major components. If I don't feel like I can really give a definitive list, then I'll just post a ramble.

I was so glad that I was able to include 4 different horror movies on my list this year (including in the ultimate spot). As much as I love the genre, rarely is it able to really take over my top ten list of the year in terms of quality. This year has really done a great job of changing that though. The Conjuring 2, Hush, Green Room, and The Witch are just killer.

I still haven't seen Doctor Strange, Rogue One, or countless awards movies. I know that there are some shocking inclusions (Warcraft is actually good? Yes, go see it now. It's fantastic.) but it's my list dammit!

I'm not sure if I could even do an order for TV shows this year as there are hardly ten shows that I even watch throughout the year and the ones I do are consistent with last year. Scream Queens, while still good, isn't quite on par with its stellar first season. Thankfully shows like Son of Zorn have picked up the slack in Network TV providing some shockingly good television.

I'm still not understanding the point of cable outside of live sports and it's getting to the point where I may join the ranks of cord cutters again. Hulu and Netflix are able to provide me with all the content I could hope for. And with Game of Thrones ending soon, HBO is going to have to come up with some more shows to make their services worth it.

I'm not even sure of all the games that I played this year but these are the ones that I have stuck with me (nothing quite as profound as last year's Life Is Strange).