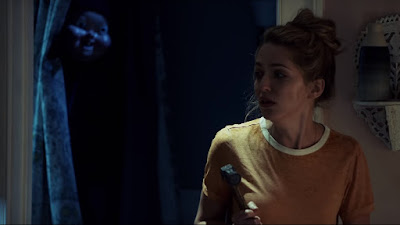 Of all the genres of horror, I always go back to Slashers when it comes to a favorite. It's what brought me into horror with films like Halloween, A Nightmare on Elm Street, and Friday the 13th (films I still watch multiple times a year).

But I've recently come to the conclusion that I haven't seen enough. I went through a phase of seeking out slashers during the early days of Netflix, when my dad allowed me to use up one of our rentals on whatever I wanted. So this resulted in films like April Fools Day, He Knows You're Alone, and Pieces being mailed to our doorstep; movies I still can't believe I was able to get my hands on given the rather limited access I'd had prior to Netflix. I essentially had to take a chance and buy the movie because it was usually too obscure to be at a local video store.

It's crazy to think of just how different things were in those times versus now. Streaming has become so prevalent that nearly anything is accessible within minutes. So I've finally decided to put my resources to good use and go back on a journey I started in my teenage years: watching slasher films I haven't seen before. Most of these are from the 70's and 80's, but I was able to add some more recent ones as well. So let's go through the list:

Bird in the Crystal Plummage

Damn that's a lot of movies. I'm not sure how long it's going to take me to accomplish this, especially given the fact that a lot of these films aren't on Amazon, Netflix or HBO GO, so it'll be tough to track some down. Thankfully, I'm up to the task (it's a tough one, I know). Let's do this!
at May 18, 2018
Email ThisBlogThis!Share to TwitterShare to FacebookShare to Pinterest