Decided it was about time that I finish a couple games I had been meaning to for so long. 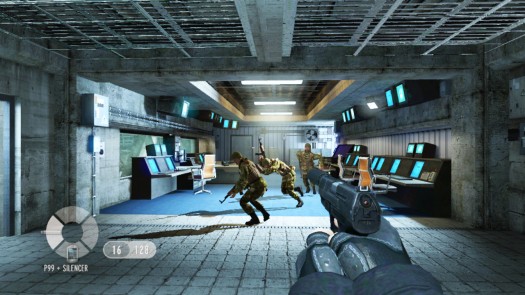 I have something I have to admit: I was never really into the Nintendo 64 version of Goldeneye.  I thought the controls were stiff and just wasn't my type of game.  So I wasn't very excited about when this remake came out.  Fortunately though, after playing a rented copy and being impressed, I was gifted this for Christmas last year.  This game is pretty damn cinematic.  It really makes me wish they could put Daniel Craig in Brosnan's spot in everything Pierce has done in the franchise.  Might improve it.

The single player is well done and way more fun than I ever thought it would be.  Exploding environments and interactive, in-game cutscenes make for a more entertaining experience, which when it comes to an FPS, is a sorely needed quality.  It's relatively short, certainly less than ten hours, but that time is rather satisfying.  Anything longer would have just bogged it down.  I played the game more stealthy than I'm sure most do, but that just added to the enjoyment.  I'd often restart a mission if I gave myself away because it was just so satisfying stealthing my way around.  Not to say I didn't love slaying people with the Terry Crews shotgun.

The multiplayer is a blast, and while I miss the bots that were so much fun in Nightfire, it's nice to just do splitscreen.  Too bad no one is ever playing this online so it's impossible to play with anymore than who you can get locally.  I guess that's just the problem with online multiplayer in general, if the game doesn't catch on, it's multiplayer servers turn into a barren wasteland. 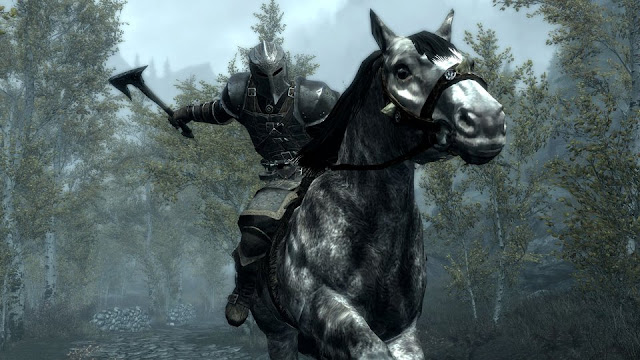 That's right.  I finally completed it.  It took me fucking forever but I've finally beaten the main quest of this godforsaken game.  Seriously, how long is this damn thing?  Sure, I didn't do the main quest straight on (in fact I avoided it for over 50 hours) but eventually I found myself beginning the questline.  And yet I still finally finished the last of them at the 106 hour mark.  Ladies and Gentlemen, THAT is how you do a game.  If I can complete a majority of your game in any less than 30 hours then your game is not a game.  It is a demo.

Bethesda thankfully knows this rule and has carried it over throughout their games.  Oblivion was a fantastic video game whose main quest was beaten in about 30 hours, if that was all that was done.  That's a lot.  Compare it to so many other games now, it blows them out of the water.  Hopefully that'll change once next-gen arrives and that precious storage space can be shared evenly amongst content and graphics.

The game itself deserves to be on every game of the year list imaginable.  It destroyed the competition and brought forth something that revolutionized the industry.  Sure, the graphics for the 360 may not be stunning but look at this on a suped up PC.  It's impressive.  Damn impressive.  And given the games massive scale, the level of detail seen throughout the land is pretty astonishing.

Looking back at the game (which I started the day it came out last November), it's hard to even remember all I did.  I killed things.  A lot of things.  I'm talking a small nation.  Decimated with my blade.  I feel like my character will probably spend most of the epilogue on the couch of some shrink.  It's gotta pay some sort of toll on him right?  I know after so much bloodshed, most normal humans retreat into the fetal position, never wanting to move.  This guy though, this sick bastard, he just wants to quest on.  And you know what?

I shall quest on...
at December 23, 2012
Email ThisBlogThis!Share to TwitterShare to FacebookShare to Pinterest