Lord of the Rings Day: The Before 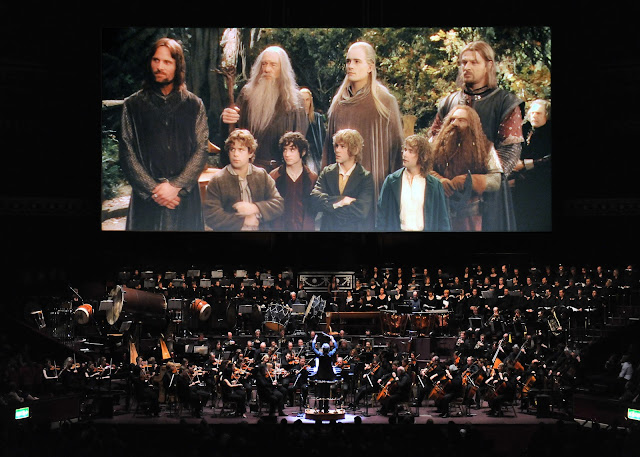 Dammit if it hasn't been years since I've done this.  I really would like to be able to do this once a year but that's just unrealistic.  This is an entire day of entirely Lord of the Rings.  You can pretty much accomplish nothing for the rest of the day if you want to do this right.  I had been wanting to do it for a while, even brought my DVDs up to school with me last Fall.  It just never happened.  Then, shortly after the release of The Hobbit, I received the Almighty Trilogy on Blu-Ray.  Needless to say, my decision was made.  Then after yet another viewing of The Hobbit (shut up, it's epic) it was set in stone.  I was going to marathon the world of Tolkien yet again.

Don't worry, my expectations aren't extremely high.  Yes, I love the films but know they have flaws.  I'm expecting to be restless somewhere around the Merry/Pippin stuff in Two Towers (that always happens) but I know I'll enjoy it nonetheless.  One thing I'm really interested in seeing is the enhanced effects.  Not sure if it's only on Gollum but my interest is peaked.  I know during my last viewing of the DVDs I was a little disappointed with the green-screen work.  Hopefully this will be rectified.  Which is odd since usually when it comes to the pure concept of this, like Lucas' abortions known as the Star Wars re-releases (they suck when compared to the actual originals) but I totally support Jackson's decision on this.  Makes sense given the higher definition.  It's not like he added a ponytail on Gollum or something.  He does it right.

Doing this right of course means no pauses.  We don't do that nonsense.  This is a MARATHON.  There is no stopping in marathons (the what?).  That is only for the weak.  Outside of the possible minute when switching over discs (each film is still on 2 discs still.  Damn you Peter Jackson!) there will be no stopping for anything.  Going to the bathroom?  You better leave the door cracked so you can hear the sounds of walking in the distance.  You can't escape it.  It's all encompassing.  And more or less you really just have to soak it in; this doesn't happen all the time.  So here we go into 12.1 hours of pure entertainment.

Time to enter Middle Earth...
at January 02, 2013
Email ThisBlogThis!Share to TwitterShare to FacebookShare to Pinterest