Lord of the Rings Day: The Fellowship 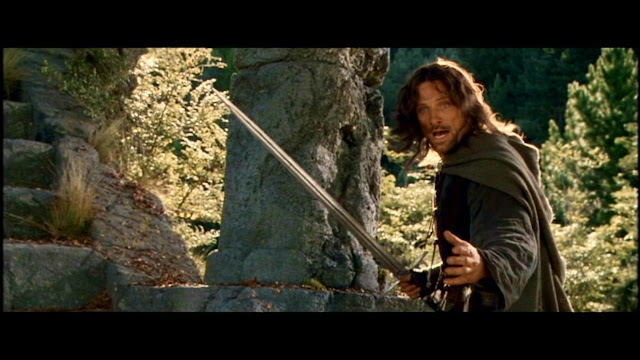 Wow this film looks amazing.  Seriously, what's the deal?  I remember getting really annoyed the last time I watched it because it was so obviously green-screened.  That's gone.  It looks absolutely fantastic.  This looks like it was made yesterday.  It's that good.  And since this was put together before the success of the franchise took hold, there's this freshness and passion to Fellowship that somewhat escape the latter two.  That's not a slight against them however.  It just becomes more broad and epic and thus looking less independent.  The structure of Fellowship just greatly allows for this.

One thing that has to be appreciated about these films is the acting.  There's not a weak link in the entire ensemble (that's right, even Orlando Bloom is damn good).  When it comes to a cast this size, it's all the more impressive to think about the prestige behind the lot of them.  The pure fact that there isn't a bad one in the cast is impressive and makes the film even more special.

I can't imagine the undertaking this series must have been.  It's exhausting just reading this series, let alone paying attention to the various details that Tolkien has interwoven with the narrative.  So I applaud Peter Jackson for his faithful and entertaining tale.  The first is a great buildup for the epicness that follows.

Bring on the Two Towers...
at January 02, 2013
Email ThisBlogThis!Share to TwitterShare to FacebookShare to Pinterest