We Use Swear Words 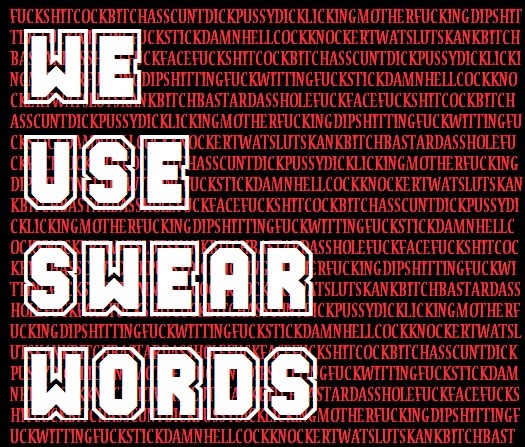 Anyway, I started a podcast with my friend Dom Coccaro. Let me get this out of the way: yes, he is my sidekick. I give him the intro just to make him feel better. He really needs it. Poor Dom. Boring supporting characters aside, the podcast is about Dom and myself discussing films, television, music, wrestling, the holocaust, sports, Shelley Winters, the act of podcasting itself, favorite interests, what we ate for breakfast, the color of our bowel movements, and really that's all. Only those subjects.

Having been inspired by various podcasts we both listen to (and I've blogged about here and here), I decided it was finally worth taking the plunge into a field I briefly had my foot in, in high school -- podcasting. I'd always wanted to do it and I knew my wheelchair bound, sassy acquaintance Dom would be more than up for it, so we got it around (when I say we I mean Dom came up with the name and I did everything else. Fuckin Dom...) and here we are today.  Two episodes published, two more recorded and ready to go.

All dead seriousness aside, I'm really looking forward to continuing this series. Having stimulating conversation every week is enough for me to keep it going but the response so far has been wonderful.  I've received a lot of good feedback and people seem to like it.  Hoping to continue improving it We're up on iTunes and podbean and are planning to spam it around the Internet shortly after our database fills up a little more.  Below are the first two episodes.  Give them a listen and let me know what you think.


at June 20, 2014
Email ThisBlogThis!Share to TwitterShare to FacebookShare to Pinterest