A Change Of Heart

"I was wrong."  Not many people like to say those words.  They even feel awkward coming out of your mouth and don't exactly result in pride.  But you know what, they really help you become a better person because you become open to more things.  It's the reason I've watched nearly ever movie I've ever seen two or three times.  Yes, I'm not even kidding about that.  Unless I legitimately feel ill from watching a film (Nothing But Trouble, I'm looking at you) then I see it as my duty to give the film more than one shot.  It's a good view to have about life in general and you'll really get an idea of how much you can change as a person throughout the years.  It's the same reason that certain kids movies we enjoyed as adolescents don't quite hit that same point of entertainment.   We grow up and change.

Even genres sometimes are enough to disinterest us.  Truthfully, I can't imagine sitting down and watching a documentary at this point in my life.  They just don't interest me.  Sure, I can watch Crystal Lake Memories every hour of every day but that's a sit-down interview about a movie franchise.  I've had Blackfish on my Netflix queue (fuck you guys for taking years to finally change it to 'list', I'm sticking to it) ever since it was put on there, same with The Cove.  You know how often I stop on either of those even thinking about watching them?  Absolutely never.  But yet they'll remain on that queue until either I do or Netflix dies.  Probably the latter.  My point is, people change and as do our tastes.  There's the most long-winded way of getting to the point possible.  Your welcome, audience. 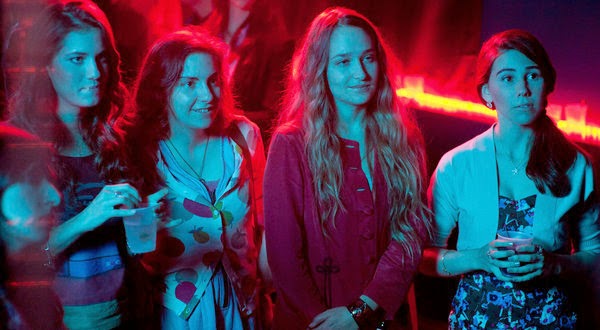 I feel like once people see something, or experience something once, they feel like they have the end all be all of the final say on that specific thing.  But you know what?  Things change.  Something that sucked five years ago may have some charm now.  A little over two years ago, Girls premiered on HBO to a lot of buzz.  I watched the episode with my then-girlfriend and by the time it was over, both of us were yawning and disinterested.  It just didn't understand what the point of the show was.  Every character was unlikeable and the problems were very shallow.  I had no interest.  Then I gave the show another shot and... I still didn't like it.  I watched a couple episodes of the first season and hated Lena Dunham with a passion.  I just didn't understand how anyone could like this show.

Cut to two years later.  I'm suddenly the same age as the characters on the show and living a thousand miles away from home.  Suddenly I felt a desire to give the show another chance and I binge watched the first two seasons in a few days.  I now understood how Girls wasn't about anything more than being real to life.  The characters aren't likeable a lot of the time because that's real.  Can you imagine your own life being a TV show?  I don't think many of us would be the fun, likeable one.  Because we're humans and we go through a lot of shit.  Sometimes we don't handle things correctly but that's not how it goes in movies.  Characters in movies and television have such control over every situation, even when they don't.  They get that last line out right before the train hits, someone conveniently interrupts them right before they're about to say something stupid.  These characters aren't that.  They say the wrong things, act selfish, and take advantage of their friends.  One of the most likeable people on the show is still an asshole to most people and not accepting of ideas that aren't his own.  Hell, the main character is extremely selfish at a funeral asking the widow if her book deal would still go through.  It makes her look terrible but it's something most of us would think of in that situation, we just wouldn't go through with it.  I would be 100% accepting if someone were to say they didn't like this show.  But if they were to say these characters don't feel straight out of real life?  Thems fighting words. 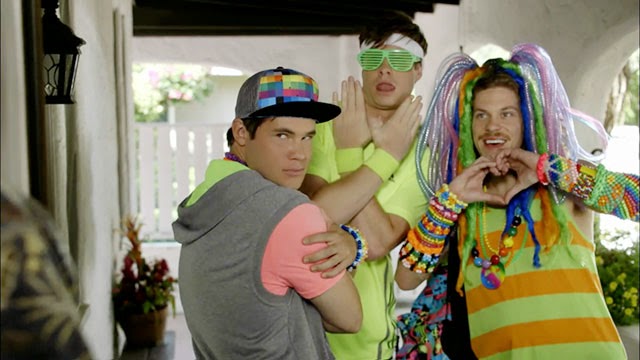 This is baffling to think of now but I actually hated Workaholics when it first came out.  My buddy Sam kept trying to get me to watch it and I despised it every time he did.  I just thought it was really stupid humor that never really went past potty humor.  But again, I tried it out and it's now one of my favorite comedies.  And I'd say some of the best episodes of the show are ones that I hated when first giving it a try.  I'm not sure what went on in my life that suddenly I connected more, if anything I connected more with that lifestyle then than now, but it did so I try to avoid judging a show right away.

I'm sure during my more snobbish movie buff days (even movie buff sounds snobbish), where I was a consistent visitor to movie forums and watching two movies a day, I hated stuff that I now enjoy.  I was harsh back then.  I never got enjoyment out of bad acting unless it was a horror film.  Now?  I love that shit.  Sometimes it's just a simple fact of taking time away from it and gaining appreciation, other times it's you growing up and being more mature.  I know I can't take fart or poop humor anymore but me at ten?  Fucking hilarious.  Okay... maybe fifteen. 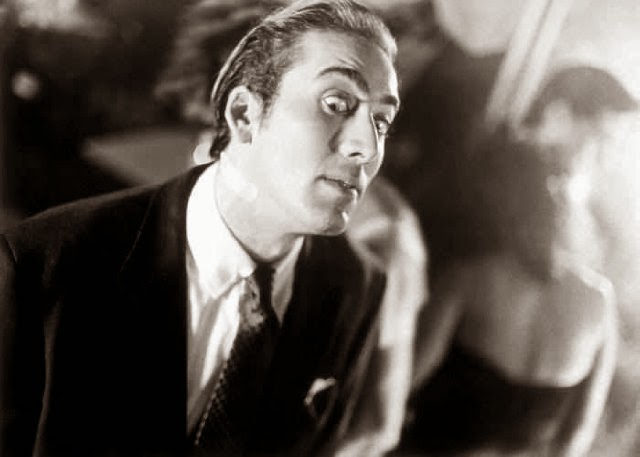 Don't get me wrong though, having opinions based on experience is absolutely something we should be doing.  If you have no opinion then you just get walked over and have no personality.  Opinions are what makes us who we are.  They ARE personality.  But I can't recommend enough remaining open to the fact that those opinions may change in due time.  Sure, you're probably still gonna love Tell me ten years ago that Nicolas Cage would become a joke of an actor where it's more terrifying to see his name attached to a movie than encouraging, I would have said "No way.  Not the guy behind Con Air, Raising Arizona and Face/Off!  Blasphemy!"  Yet look where we are.

The point is:  Have an opinion.  Be completely impassioned about a film or tv show or musician or whatever, but just be accepting of the fact that, that may change.  Sure, most of the time things aren't going to work out like this.  I watch Spider-man 3 every couple years and it has yet to get better.  Peter still has stupid emo hair and Venom still looks like a Spider-Gremlin.  It will probably always suck but you know what I'll be doing in a couple years?  Giving it another shot.  So yeah, it's not going to work every time, but it is a way to be a more open individual.  Do I go out of my way to watch stuff I hate?  Of course not.  But if I can't remember why I didn't like something, whose to say that I still dislike it?
at May 08, 2014
Email ThisBlogThis!Share to TwitterShare to FacebookShare to Pinterest