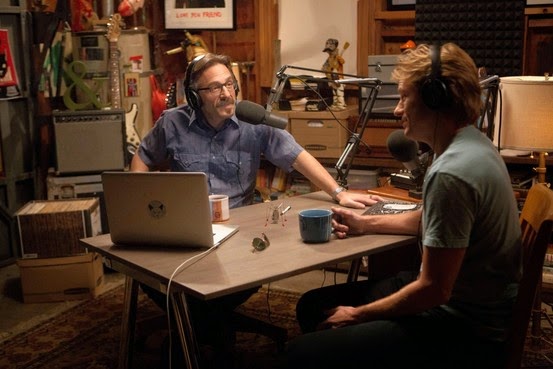 I had tried this show out in the past but couldn't get into it (read last blog entry for more).  This past week I binge watched the entire series in a 24 hour span.  Sure, it's only eleven episodes but hey, I did it.  Given the high quality of the show, I'm glad that I did.  This show got a ton of praise last season for a reason.  From the top notch acting, to the true to life stories, this show excels at everything it does.  It's not afraid to take risks and go the untraditional route and that's in a lot of thanks to IFC.  They let their talent run while.  That leads me to the whole reason this show works how it does, the man behind it all... Marc Maron.

Marc Maron is a pessimistic individual.  I can relate.  Sure, I'm sure he plays it up on the show, but the character is still very relatable and overall just an interesting person to see go about his day.  To think that he is both the creator, a producer, a director and a writer on the show is astounding.  He is a lot of the creative force that makes this show as great as it is and it shows.  His character on screen has such an idea of what he's involved in.  I'm sure playing himself helps but he's really a fantastic actor, fitting into every moment perfectly.  Much like Louis CK, it's amazing to see someone excel so much in their own show yet have much experience beforehand.  Both were comedians with bit roles in various things, never really showing their true talent till their respective shows.  Hopefully Maron follows suit with CK and appears in more movies (ie. CK in American Hustle). 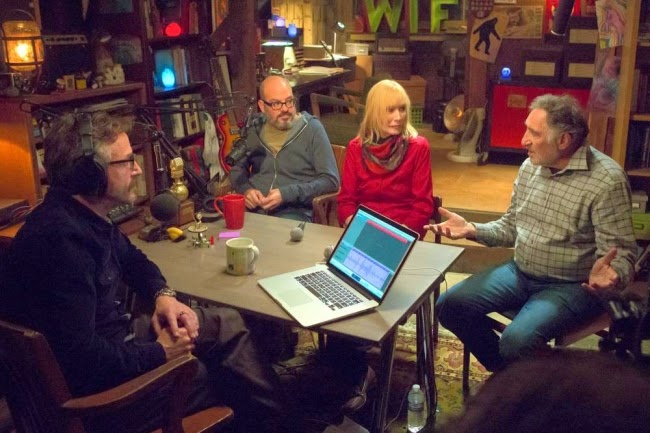 The guest stars on this show are what really make it stand out.  From Aubrey Plaza to Dave Foley, this show adds everyone from the comedy world you'd want.  I even saw that CM Punk is going to be on one of the episodes this season and I could not be more excited.  He hasn't appeared on anything, outside of The Talking Dead, since his departure from WWE.  It'll be interesting to see what the topic is that gets discussed.  I'm sure it'll have nothing to do with wrestling, or nothing of significance, but his presence is still enough to leave me anticipating.

This brings me to the unique part of the show that really solidifies that this show is from 2013-14, it's embrace of the present.  No, Marc Maron isn't pulling a Frasier Crane, being a radio host.  No, instead he hosts a podcast, the 21st Century answer to radio.  It adds a dynamic to the show, much like radio, where different guests are able to come in from different parts of the industry and it logically makes sense in the scheme of the story.  Makes guests feel less shoehorned and more natural to the flow of the story being told.  Plus, Podcasts are the in thing right now.  If you're in comedy and don't have one then something is either wrong with you or you're too big for them.

The entire first season of this show is on Netflix and the second season just premiered last Thursday.  Do yourself a favor and get caught up.  Pair this with Louis and you've got yourself a damn fine summer of TV viewing that feel very similar in tone.
at May 11, 2014
Email ThisBlogThis!Share to TwitterShare to FacebookShare to Pinterest