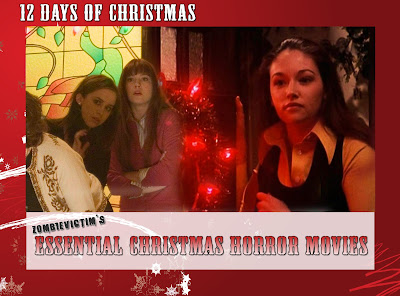 It's hard for me to have any holiday come up and not associate it with some kind of horror movie. That's just the way my brain works. There's "Halloween", "Black Christmas", "My Bloody Valentine", "April Fools Day" -- hell, even birthday's get an association with "Happy Birthday To Me." A plethora of horror movies for every holiday you can think of but still, the ultimate holiday of all can be slim pickins.

So here are some Christmas-themed horror movies that are actually worth a watch. 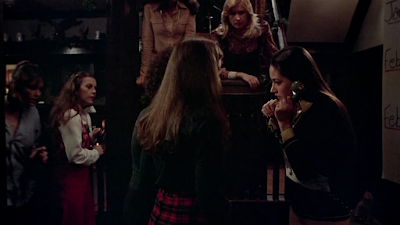 This one is tough because, no, it's not a movie for everyone. It's more slow paced, and really ventures far from what life is now like with the advent of technology, but for those willing to go along for the ride, they're rewarded with one of the most atmospheric horror films ever made. It's just an added bonus that it all takes place at Christmas time. Kind of weird to think that this is directed by the same person that, years later, would take on "A Christmas Story." Oh what vastly different subject matter.


Fun Fact: The original title of the films script was "Stop Me".
It was director Bob Clark who came up with the title
"Black Christmas" saying that he liked the irony of
something dark occurring during such a festive holiday. 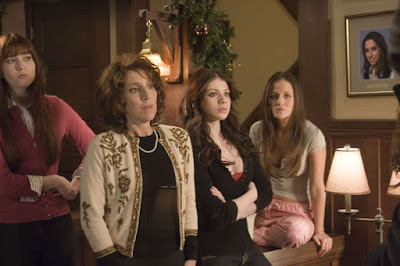 That's right, I'm including both the original and the remake on the same list and you know what? I don't even feel a little guilty about it. I love this movie so much. Sure, it's not good but dammit if it doesn't know how to be a ridiculous time. The cast is full of people that have gone on to do something, no matter how small that something may be. And the gore effects, while trite and repetitive, happen so in such an odd sequence, that it illicits giggles from me every time. There's one sequence towards the end where four people are killed in all of about 30 seconds. It's done so comically that half of them are more humorous than horrifying. The movie tries for a black comedy (no pun intended) approach, but doesn't know what kind of movie it wants to be when the kills happen. So we're left with a pretty uneven mess that, in spite of its flaws, brings us pretty girls getting murdered in bulk in what can only be deemed a "loose remake" of the original. Add all that to the wonderfully Christmas-y color palette, and you've got yourself one fun Christmas Eve.


Fun Fact: During one scene the famous "leg lamp" from A Christmas
Story (1983) can be seen in the background. This movie is fuuuuuucked up. While I still haven't seen the remake, I can't imagine it follows along the same spectrum because disturbing wouldn't begin to cover it. Having your parents killed in front of you by a psychotic Santa Clause all because they stopped to help him with his broken down car? Ouch. Add to it that the kid also got to witness Santa rape his mother before killing her, it's no wonder that this kid grows up to have all sorts of fucked up problems.

Fun Fact: To protest the film, critics Roger Ebert and Gene Siskel
read the credits out loud on their television show saying,
"shame, shame, shame" after each name. 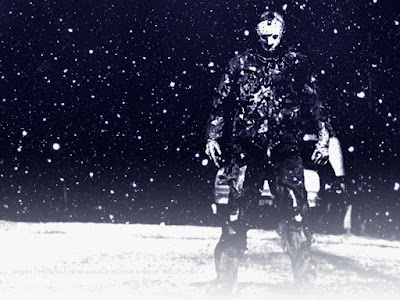 Okay, now I'm just reaching for straws but seriously, how has this not been done yet? Jason in the snow writes itself! I'll always hold out hope that this eventually happens but given that the series has had some difficulty getting off the ground as of late, I'm doubting that will happen. Still, there will always be my blind optimism I can look back on and at least say that I tried.

Fun Fact: This will likely never happen
because Hollywood is stupid.
at December 19, 2015
Email ThisBlogThis!Share to TwitterShare to FacebookShare to Pinterest