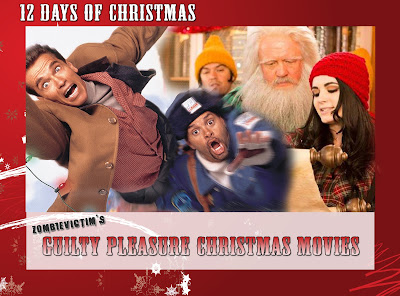 By now you should know that I quite like bad movies. Like, really like them. I may even enjoy really terrible movies more than I like really good movies. That's just how my brain works. Make fun of me as you please. But thankfully this strange affliction has left me enjoying some of the most unintentionally funny movies around. And Christmas really likes to throw in some spectacularly bad ones. 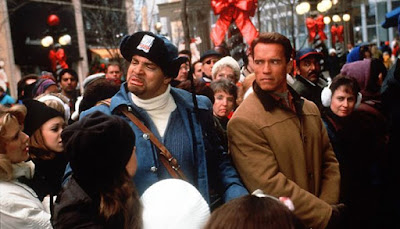 Jingle all the Way

This entire list was pretty much made just to make sure that this movie got its time in the spotlight. Seriously, this movie is just baaaaad but yet soooo good. Watching it as a kid, I never quite understood just how bad it was. I mean, how can a production company make a movie based around a toy and not have the toy in every store across the nation. Turbo Man looked stiff and flimsy and would probably break within minutes of playing with it, but dammit I wanted it! Just like every kid wanted one, because that's what the movie dictated and kids are stupid. Yet they weren't made available. It's something that never made sense to me as a child but then as an adult, I was able to realize just how much of a shoddy production it was. It would have practically been like printing money but they screwed that up. That pretty much sums up this mess of a movie.


Fun Fact: Chris Columbus originally wanted Joe Pesci for
the part of Myron, but was deemed too short next to Arnold. 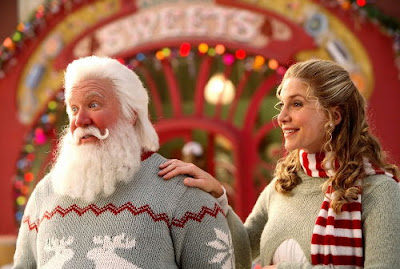 This probably has more to do with my love for the original but this movie has always stuck with me as a continuation of a story I truly love. Sure, it falls off the rails and becomes a crazy CGI monstrosity, but it doesn't go along the same path as the third one which is just plain bad. Who ever thought having Martin Short as Jack Frost would be anything but MST3K level bad? Although I do absolutely love "Evil Santa" in this film. Nearly everything he says makes me chuckle and is the main reason why this film is even on the list.

Fun Fact: When Santa is on his first date with the aspiring singer/songwriter
if you look at her shirt the face of Santa is that of Tim Allen. 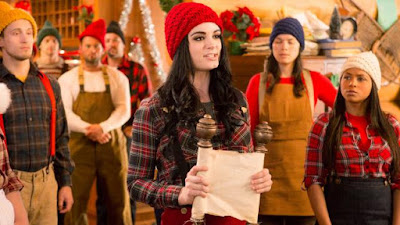 
Yep, I have no legs to stand on at this point. I'm not even going to begin to act like this is good in any conceivable way. It's a WWE production done on a shoestring budget with a weak story trying to tie into Christmas. It's not like there was much to be expected from it and that's most of the fun. I just imagine this crew trying to film this movie in July and just looking like idiots. The screenwriter's clearly looked at A Christmas Carol and It's A Wonderful Life for inspiration and then failed to understand what made those work. They gave us a terrible lead character who doesn't really change and is still able to get what he wants. There's odd messages and the film is really poorly made... AKA you need to go seek this catastrophe out immediately.

Fun Fact: An episode of WWE's Total Diva's is playing on the TV in the nursing home.
at December 21, 2015
Email ThisBlogThis!Share to TwitterShare to FacebookShare to Pinterest