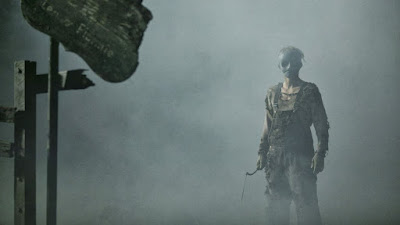 This used to be one of my absolute favorite horror films but it's lost some of its charm with me in recent years. While I love the Vernon character, and find the mockumentary concept to be very good, it's when they depart from the concept that the film falls flat. The entire third act, while fine for any other slasher film, just feels so generic.

Still, Nathan Baesel is the highlight of the film, with one of my favorite performances in film as Leslie. His character is a little bit Jim Carrey, a little bit Dexter Morgan, and all completely insane, while still maintaining a high level of intelligence. It makes him even scarier. Unfortunately, Angela Goethels loses her charm with repeat viewings. Her poor acting really stand out the more and more I watch the film.

Again, I just wish that they had gone a different route for the third act. The idea works fine in theory but after spending the rest of the movie in the mockumentary style, it's a little discombobulating to have the sudden switch. It sounds like the sequel, which failed in its kickstarter several years ago, won't be happening. I think that's good in ways, but I also believe the filmmakers realized their mistake, and would have rectified it by making the sequel all-mock.

Oh well, a man can dream...
at October 25, 2015
Email ThisBlogThis!Share to TwitterShare to FacebookShare to Pinterest